Posted by RayCee at 1:36 PM No comments:

It's About Giving More than You Take

You cannot legislate the poor into prosperity by legislating the wealthy out of prosperity.

What one person receives without working, another person must work without receiving.
The government cannot give to anybody anything that the government does not first take from somebody else. 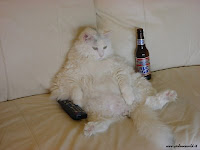 ... in other words everyone should be trying to be a giver and not a taker. Some people need to take, and others always prepared to give, but those who could give and yet chose not to, well ....
Posted by RayCee at 2:31 PM No comments:

Who am I referring to? The troll. "One who posts a deliberately provocative message to a newsgroup or message board with the intention of causing maximum disruption and argument". In extreme cases they direct harsh and nasty criticism to others who leave comments. Moderators remove the worst offenders. Some sites have stopped allowing comments because of the cost of constantly monitoring them. Some things of note:

Lost: They find website of no interest to them or that contains things that annoy them. To do that they must get easily lost.

Bored: Often their comments claim to have a dislike of the subject under discussion. Then why are they still there? I only go to a website to read things that interest me.

Unpleasant: Having stumbled onto a site by accident, finding they don't want to be there, they then proceed to leave a comment, then another, come back later with another. Each one attacking others and the subject. Nothing nice about that attitude.

Summary: Obviously the first one (Lost) is a touch sarcastic because this isn't an accidental visit. They probably have a boring life because it (life) is too short to waste time behaving like this. Unpleasant is a kindly word to explain these people. I think they have an inner frustration and want others to feel what they feel.

The solution: It amazes me the people that get dragged into their petty existence. The last thing they want is to be ignored, because they want to bug you. If you aren't bugged or refuse to show it, then they fail in their sad, unpleasant mission.
Posted by RayCee at 9:59 PM No comments:

The story below has the names of cars placed throughout. The spelling and pronunciation may not always be perfect, but always close to it, if not exact. There are thirty in total and the answers are at the bottom of the page under the picture. By the way, the picture isn't necessarily representative of what to look for. There are a few tough ones and a few of the brands are no longer in existence

A mixed bunch of us decided to go on a walk up a local hill which was steep in places. Sue, a curator at the local zoo organised it. She was a West Indian and quite a character. Unfortunately she brought her young son with her too, named Lex.

Off we set from the car park early in the morning. Almost straight away Lex wanted to relieve himself of a toy he had brought. I wasn't his caddy! Lacking tact I told him sternly he shouldn't have brought it. His laughs suddenly turned to cries. Learning from my mistake, I held my hand out for the toy. "Oh, ta" I said, feigning appreciation and rather than hold on to it, I stuffed it in my pack.

We crossed a ford where from behind we heard an "Ow". Diane had nearly fallen into the water. The only damage was that she broke a link on a bracelet chain. She kept upright by grabbing onto a raised jag. "You are lucky" we exclaimed. "You could have twisted your ankle, so you certainly dodged a bullet there. It might pay for a moment to sit". Ron was impatient and reminded us of the steep walk ahead up the hill. Managing that in a day would be a challenge.

As we ascended Sue complained "Dat sun is certainly hot. I can't go on much more. Is it far to go?" Ron replied it was only a miniature hill and stop complaining.

Suddenly we couldn't see Lex. Usually always close to his mum, he had wandered off to see a dog on some nearby flat farmland. "Rover" the farmer called and the sheep dog was gone, up over a great wall that separated the paddocks. Lex rejoined and was scolded by his mum.

Diane then made a big fuss about a small insect that flew into her mouth. I said to her "It's just a bug!" At times she could be such a drama queen.

We reached the top and admired the view we could see, on into infinity, it seemed. Sue wisely noted rain was coming and it was going to pour. She suggested not to delay our descent. Besides. it was getting late. Lex said he wanted some supper. Joe, who had been quiet so far said it was not the time for that. His mum said that supper was something for which they didn't cater. Ham sandwiches were all she had so that had to suffice.

We headed down the hill with a cold wind arriving, dropping the mercury quickly. Off went Di's hat. Sue soon retrieved it and we continued with haste. Ron noticed something shiny on the ground and it was Sue's zoo key. That was a lucky break! We eventually made it back dry. Joe asked about the entrance fee at the zoo, saying she wanted to bring her family there soon. Everyone said ta-ta and made our way home, tired but cheery.

Posted by RayCee at 4:37 PM No comments:

Posted by RayCee at 2:31 PM No comments:

I was in Christchurch at New Brighton and saw this sign which had me confused. 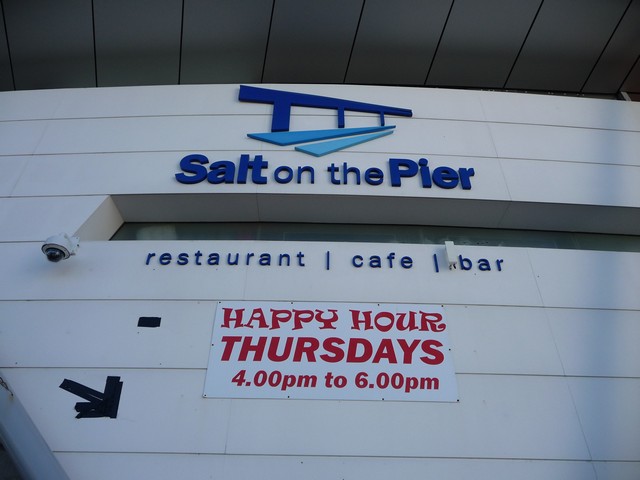 Posted by RayCee at 8:41 PM No comments:

The story below has the names of fruit placed throughout. The spelling and pronunciation may not always be perfect, but always close to it, if not exact. There are fifteen in total and the answers are at the bottom of the page under the picture. By the way, the picture isn't necessarily representative of what to look for. There are a few tough ones!

My sister Mel and I, along with our friends Les and Anna, made a date to hire canoes and meander along a nearby river. The day arrived but before pushing the boats into water we decided to have a hot drink of cocoa. Nuts were passed around for energy. Unfortunately the weather was anything but sublime. In New Zealand, it is winter in June. I personally was having doubts about the excursion.

We figured on going upstream at first, so we paired off into each boat. I had the plum position at the rear, with Mel on the front seat. Before even starting, Anna was busy with her smart phone down loading an app. Les told her off and her device was under ban. Anna reluctantly complied and off we went.

Anna was soon finding the upstream route tiring and was struggling to endure. I and the others slowed, being aware of her problem. Eventually we all needed a pee. Each of us took turns behind a bush on the bank. Both ladies concurred that such an inconvenience was easier for a man. Going on then became doubtful as the sky turned black. Current with us, we made speedy work getting back to the car.

On returning the gear to Angie's Boat Hire we realised something was missing, an oar. Angie insisted we pay for the loss, but apart from that it was a good day out.