I found this unusual creature on our kitchen bench top. We had been given some fruit from a friend who have a lifestyle property just out of town. We assume it came from there. What was peculiar was is was on its back all the time, sometimes struggling and other times motionless.

As new Zealand is concerned about unwanted pests establishing themselves here and harming the agricultural sector, the public is encouraged to report insects that are unfamiliar in case it is a danger to the economy.

I took a few snaps and sent them off to the MPI Entomology department and got a prompt reply:

This is a robber fly (Diptera: Asilidae). Robber flies are robust predators of other insects. They have large claws which they use to capture prey, diving onto the back of other insects in flight. They bite their prey and suck out their innards. Also called assassin flies. Eggs are laid in soil or on/in plants and larvae live in the soil or rotten wood. About 20 species are known in New Zealand, some of which are very rare.
They don't sound very nice but at least it wasn't a pest that was running amok in its newly found environment. 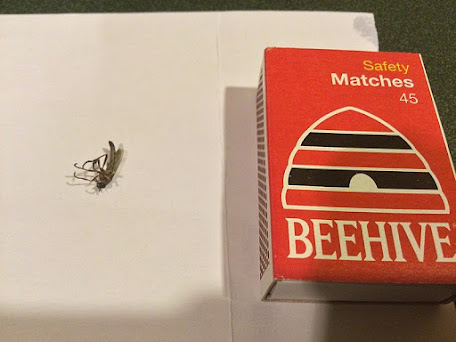 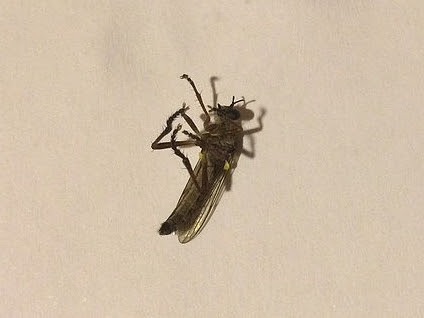 Posted by RayCee at 8:56 AM No comments:

The Computer Is Always Right 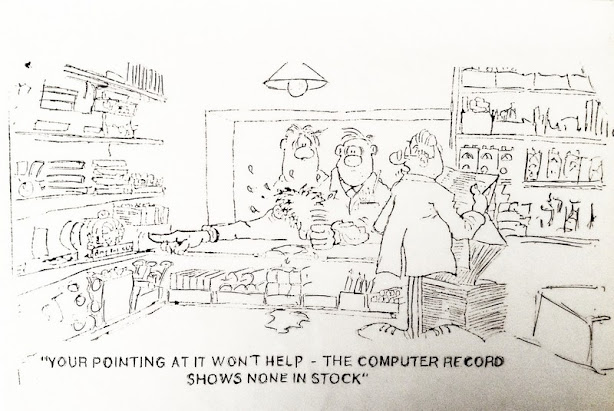 My wife said she would like a date night. I was surprised she wanted a special night but I'm always ready to oblige so I said that was fine. It's tonight and I've got things ready. Hope she's impressed. 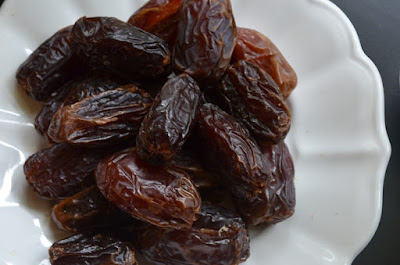 Posted by RayCee at 1:10 AM No comments: