Posted by RayCee at 3:48 PM No comments: 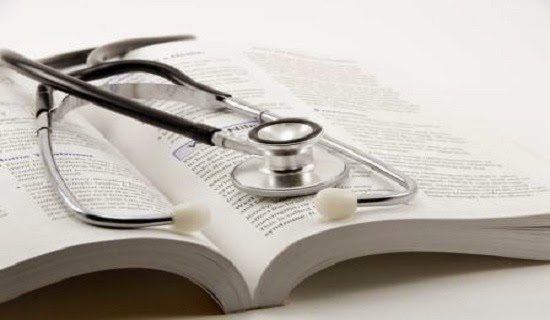 A question in a medical school entrance exam asked:

Rearrange the letters P-N-E-S-I to spell out the part of the human body that is most useful when erect?

Those that answered spine went on to become doctors.

The rest took up some form of politics.....
Posted by RayCee at 5:48 PM No comments:

Email ThisBlogThis!Share to TwitterShare to FacebookShare to Pinterest
Labels: Medical

Things have got to be fun today. Being versatile is useful as well. Here is a table that doubles as both a dining place and a train layout. I'm not sure you could use it as both at the same time but it certainly is clever. 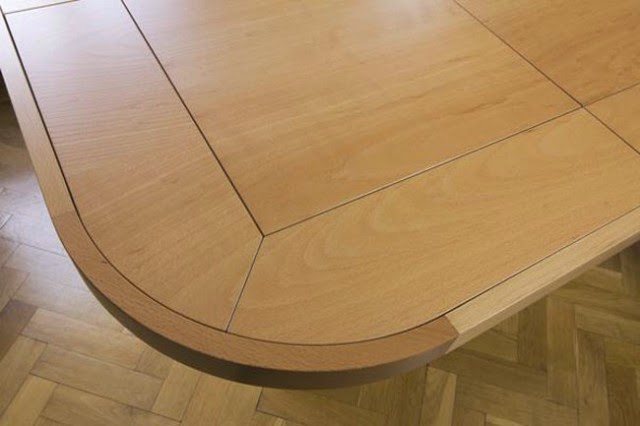 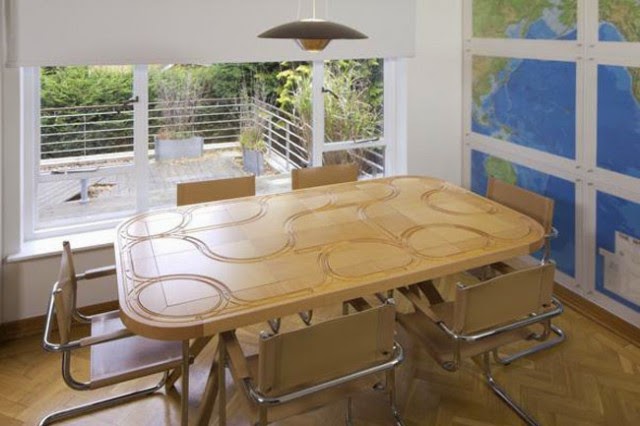 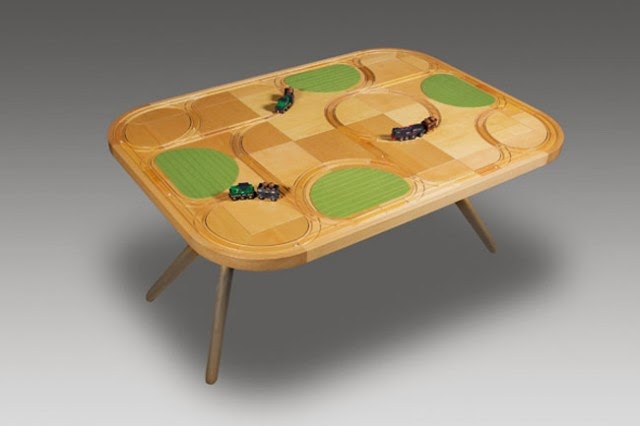 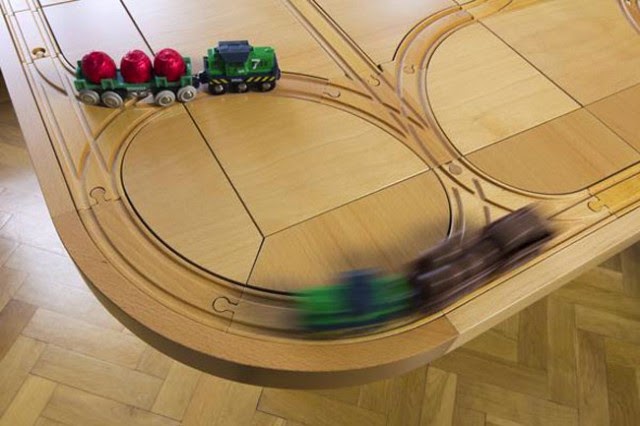 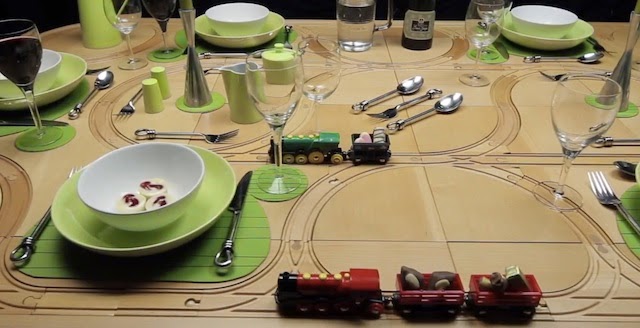 Dogs At The Veterinary Clinic

It seems that the dog in his garden that may defend his patch with ferocity,
becomes as timid as a mouse at the vets. 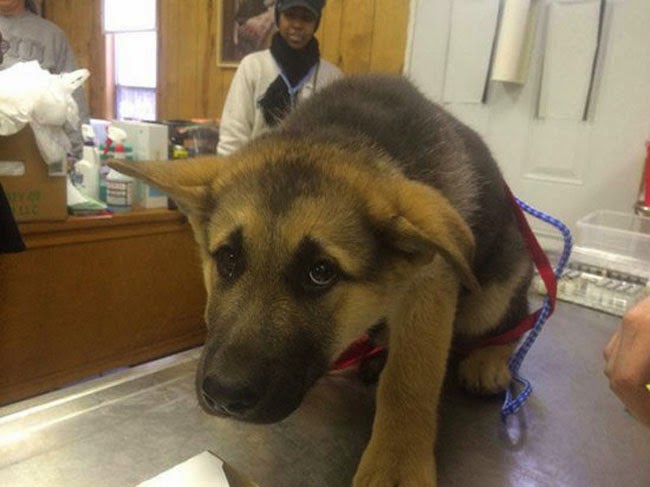 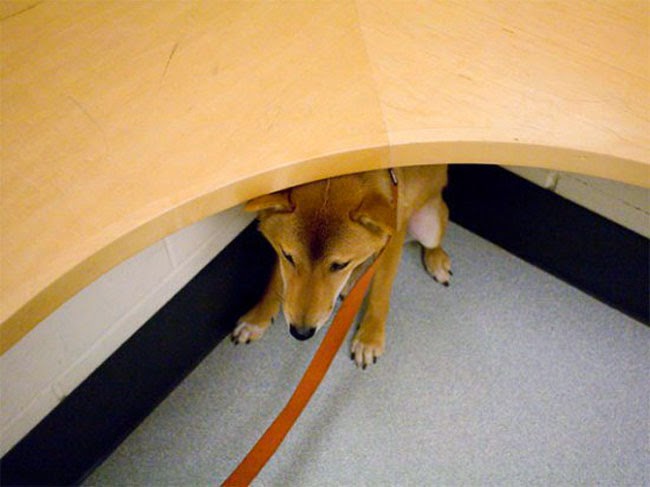 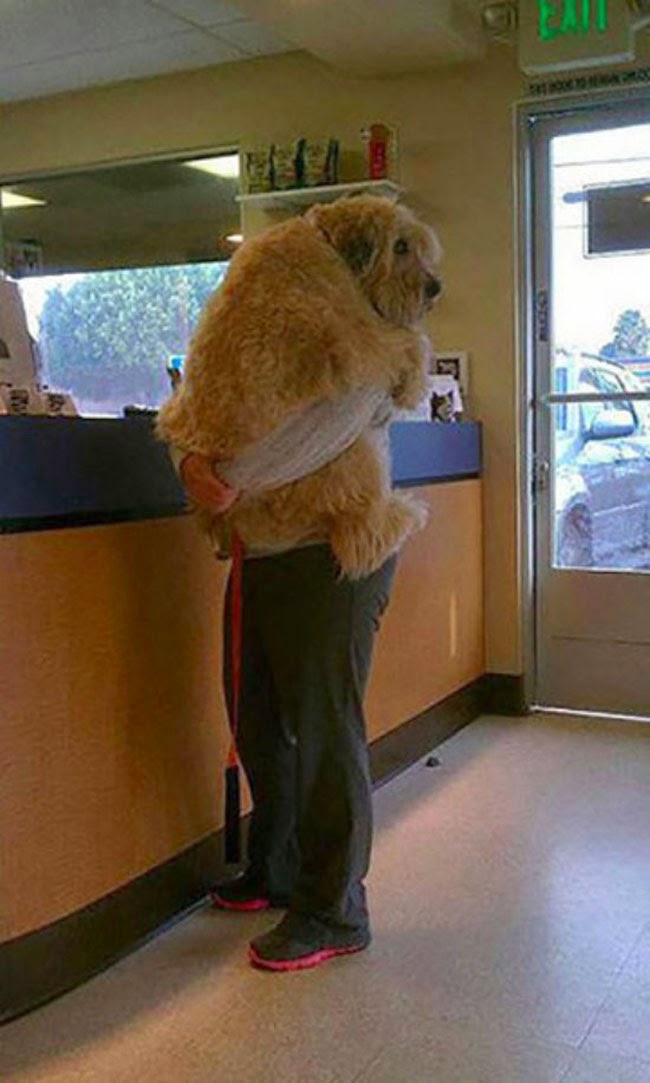 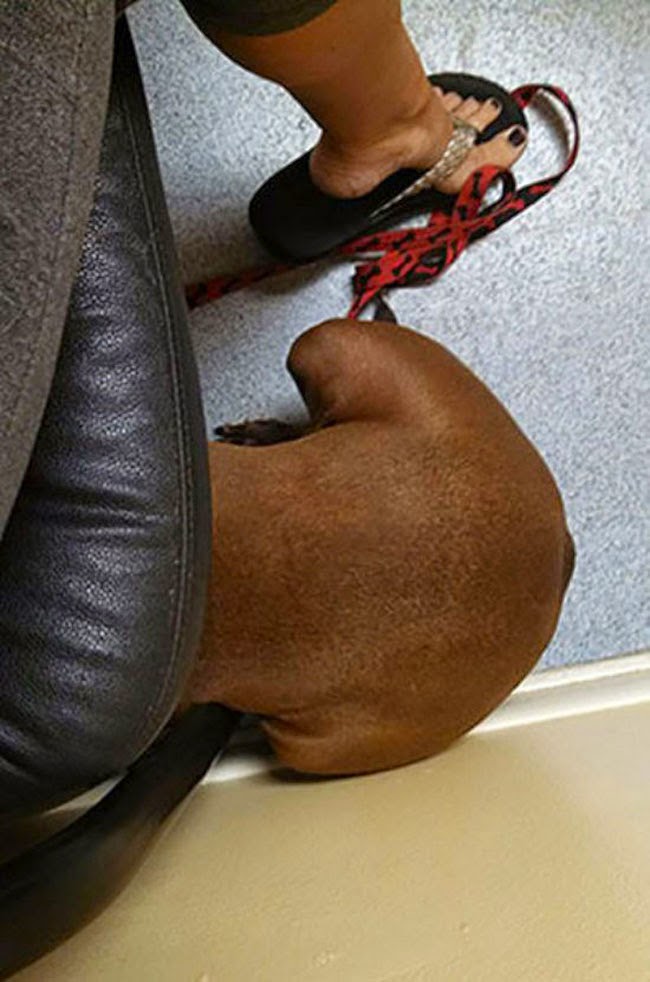 Cats At The Veterinary Clinic

They is something about a veterinary clinic that animals can sense, and they don't like it one bit. I guess it is our equivalent to a dentist chair. 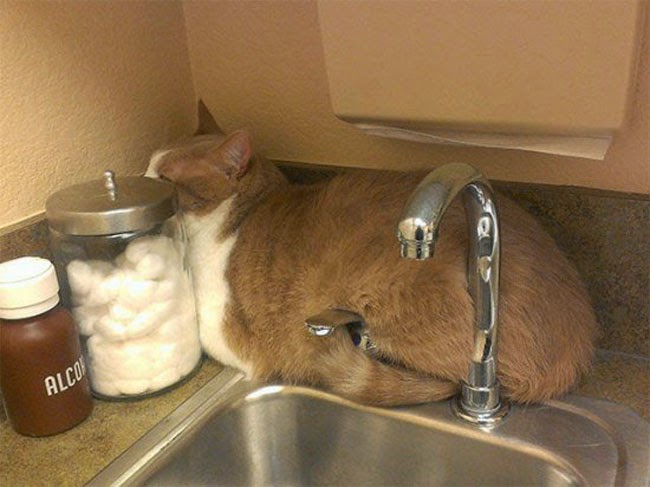 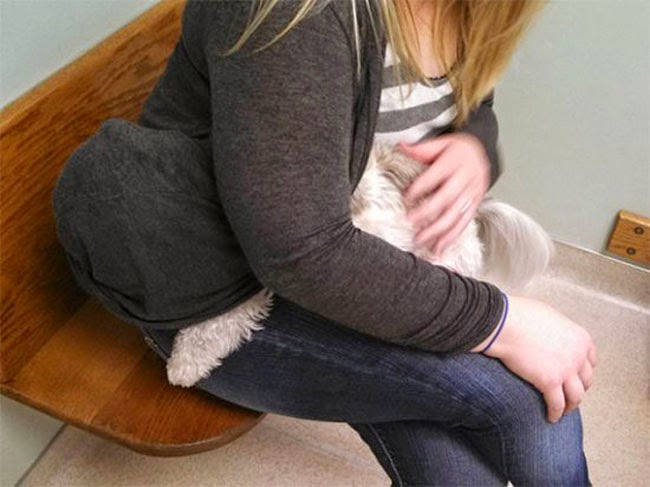 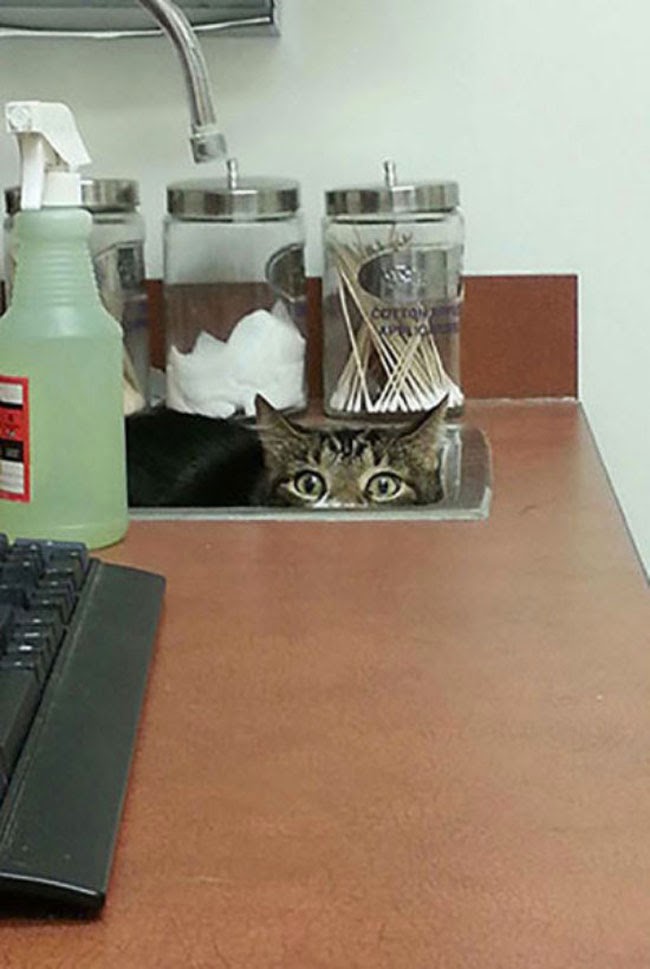 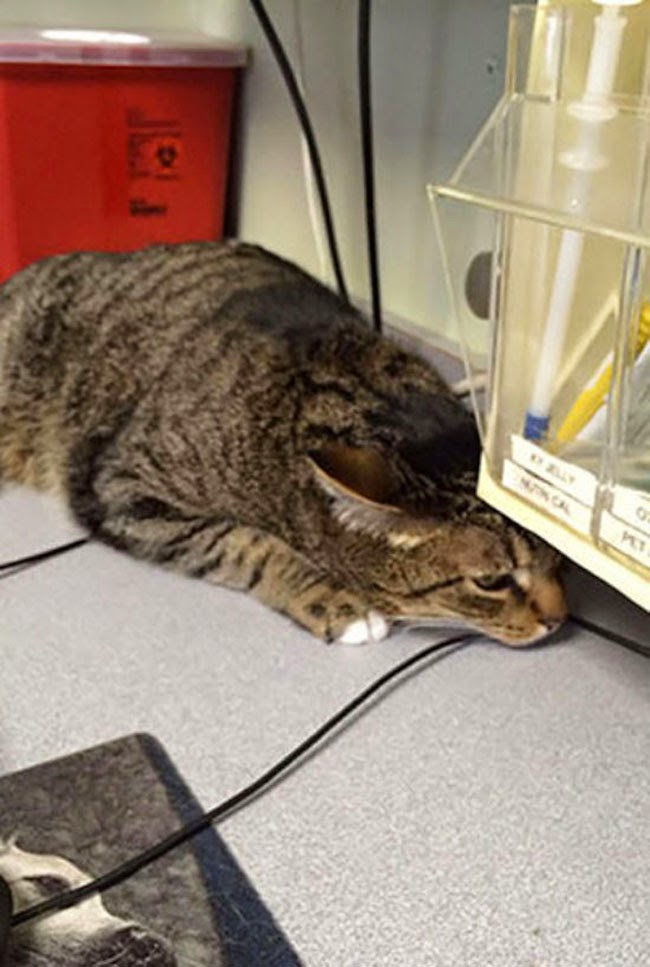 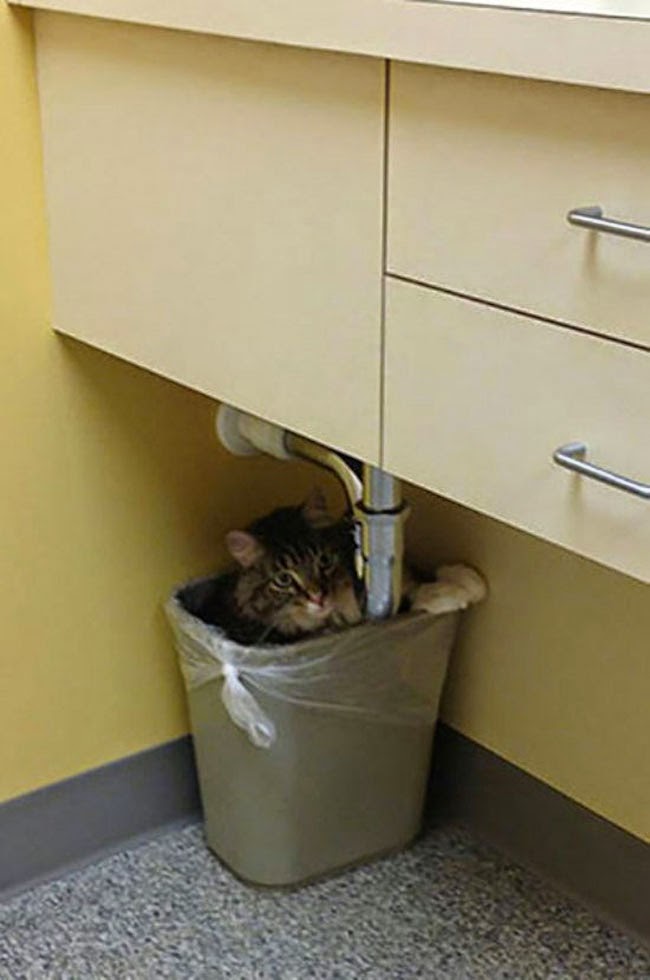 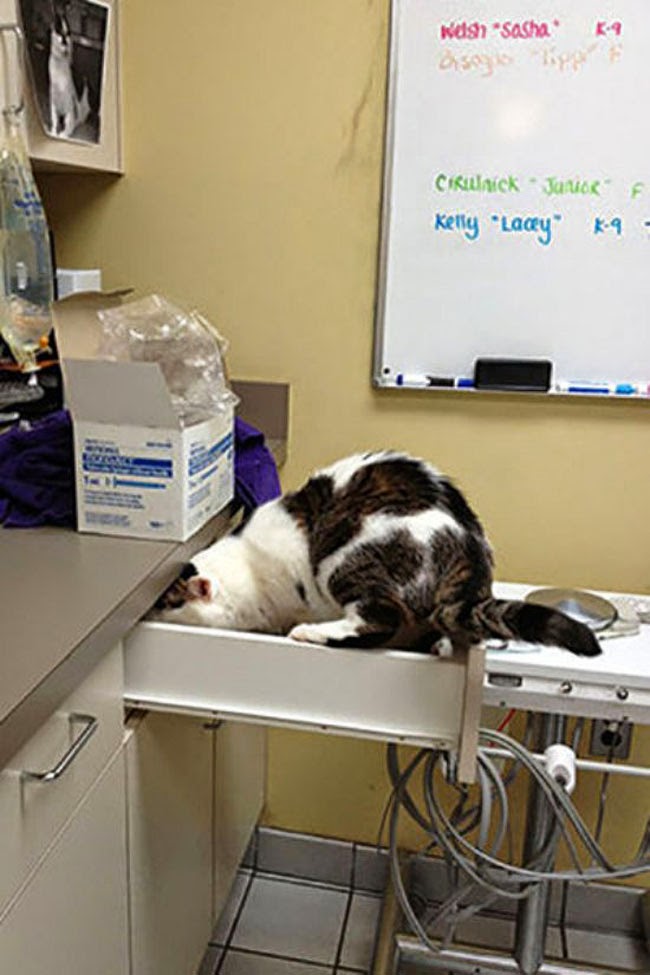 Posted by RayCee at 7:26 PM No comments: 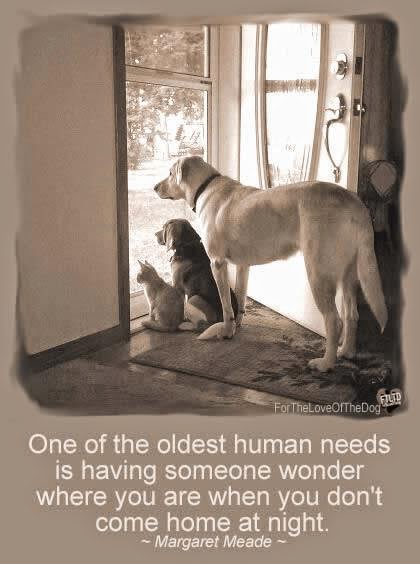 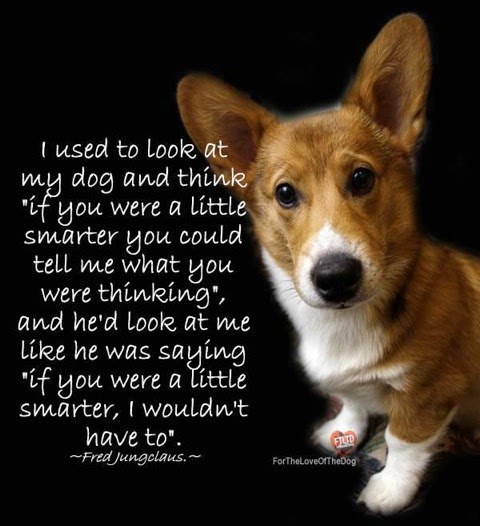 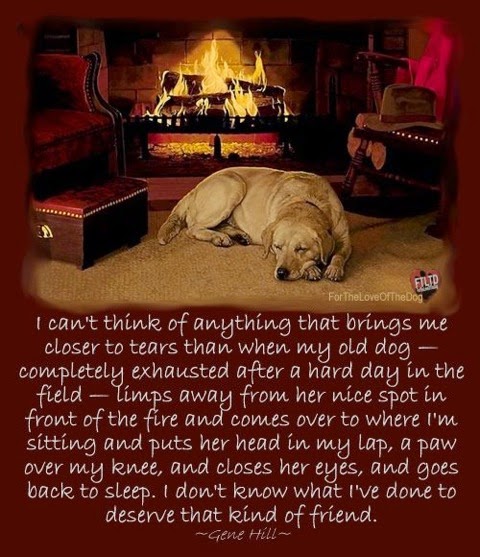 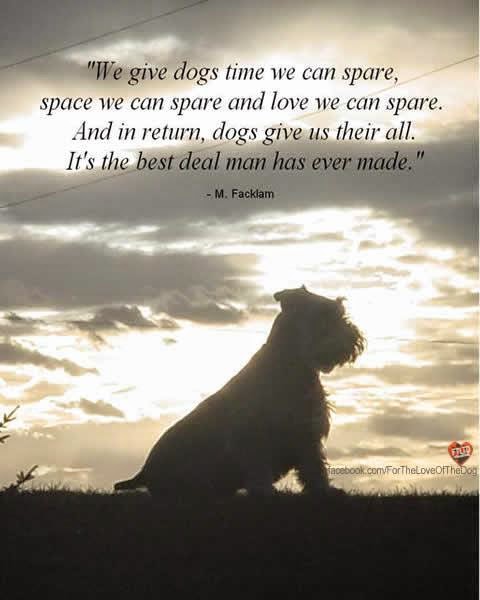 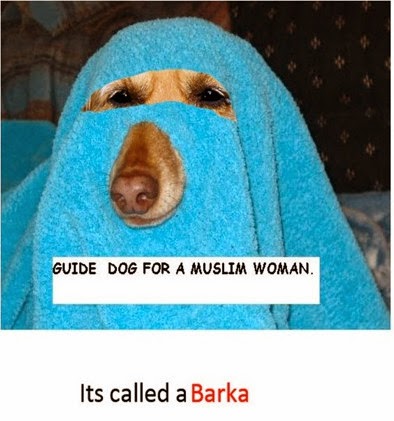 Posted by RayCee at 7:18 AM No comments:

If you were in an Indian restaurant in Buenos Aires, and a scuffle broke out, would you need to feel concern?

No, it is probably just a little argy-bargy.

"Mary, I am just having one more pint with the lads. If I am not home in 20 minutes, read this message again.”

An old Woman was asked, "At your ripe age, what would you prefer to get, Parkinson's or Alzheimer's?"

The old woman answered, "Definitely Parkinson's. Better to spill half my wine than to forget where I keep the bottle."

An Englishman, a Scotsman, an Irishman, a Welshman, a Gurkha, a Latvian, a Turk, an Aussie, a German, an American, an Egyptian, a Japanese, a Mexican, a Spaniard, a Russian, a Pole, a Lithuanian, a Jordanian, a Kiwi, a Swede, a Finn, a Canadian, an Israeli, a Romanian, a Bulgarian, a Serb, a Swiss, a Greek, a Singaporean, an Italian, a Norwegian, an Argentinian, a Libyan, a Muslim, a Hindu, a Buddhist and a South African went to a night club.

The bouncer said, "Sorry, I can't let you in without a Thai."
Posted by RayCee at 9:14 AM No comments:

Be As A Young Child 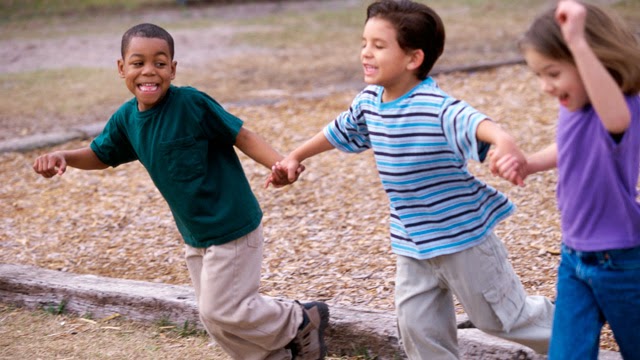 Children see things simply, in black and white. They are honest, without thought of rank, nor prejudiced. It is when we get older, our complicated world makes us change. There become grey areas of honesty, we are constantly ranked and then start doing that to others, we find reasons to prejudge on some basis. Out of all that we can become cynical, distrusting, proud and self-centred.

When a wise man of many years ago was asked by his position seeking followers who was the greatest, he replied "Unless you turn around and become like little children, you will never enter the kingdom of heaven!" What an interesting angle, to be like children and therefore seeing things simply, openly. Then our ego becomes irrelevant.

Modern society makes this simple view of life a real challenge. It clouds our thinking, motives and desires. Material success is held out as something to be striven for, usually at the expense of time spent with family, at worship or opportunity to just to stop and meditate. That is because it demands so much from us to get there, yet there is no 'there'. It is a mirage that keeps moving away, so we have to keep chasing this illusion.

The most important thing we have is life, for without it nothing else matters. Then should come thanks or worship of the One who gave us life. After that those around us from family to good friends. Good health is a real asset too. Then comes work, possessions and the like. We need to live and money to do that, but we don't need that much.

As for any manager who expects you to neglect more important things to slave for his benefit, he needs a wake up call. Give 100% at whatever you do secularly, but unless you can nurture the much more important things, find another job if you can. I was a manager but as long as the staff gave their best at work, I knew they then had the right to enough time for what really matters. In that way they start feeling as young children do, seeing things simply and clearly.
Posted by RayCee at 8:50 PM 2 comments:

Email ThisBlogThis!Share to TwitterShare to FacebookShare to Pinterest
Labels: Spiritual

Most people say they are honest. A survey found that most people who hit an unoccupied parked car do not leave personal details. However, if asked if that is what they would do, 90% said they would leave a note. People like to think they are honest, but if they can cheat without being caught and there is personal gain for doing so....

I used to play card games online, such as Spades. People come to a virtual table and play. It's a partner game so you rely on each other. Of course, many are good sports. Yet it amazed me that when some play anonymously, how they do things they would never do in person. Some leave as soon as something goes against them. Others have an insulting verbal exchange with their partner if they make a mistake. 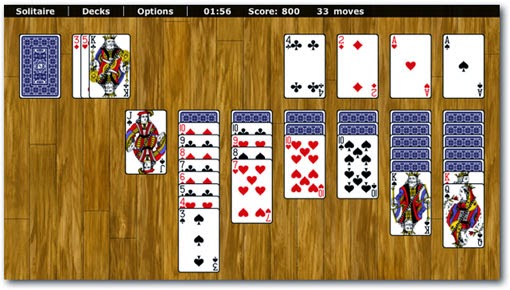 I then was pointed to a site where you could play various Solitaire games online. There is a leader board and many top games had some impossibly high score rates. Anyway, I thought no more of it and chose two less popular ones and soon had done well. It took hard work and application to get there, it takes months to get to the minimum required wins to even be on the list.

Anyway, I was having a real competition with two two others for the top spot of one game. They both lost a game which gave me the only 100% record. They would have to log in under new pseudonyms to start all over. But within a few days one was back with the same pseudonym, score and no losses. Impossible in the time it took.

I wrote to the creator of the site to explain what happened. He said there were two ways of cheating that way, and he could only stop it by redoing the setup and losing all the scores. Seeing as that was not an option, the cheat's scores remain.

Now that is what anonymity does. No one can identify them but they are happy to see their name at the top, knowing they got there unfairly. What kind of a hollow victory is that? I don't go to any of these card sites anymore because of how some act when they are not known. My motto is be honest at all times, even if you won't get caught cheating. It's called genuine satisfaction.
Posted by RayCee at 9:57 PM No comments:

Email ThisBlogThis!Share to TwitterShare to FacebookShare to Pinterest
Labels: Morals

Humorous to start with... 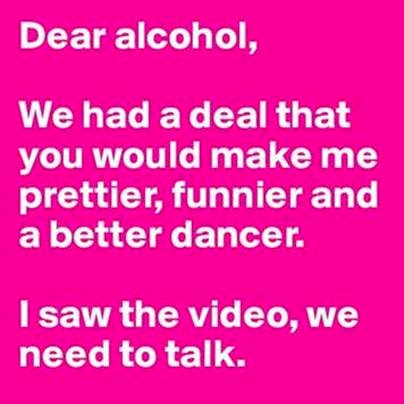 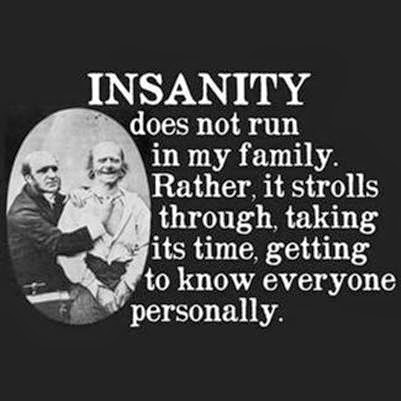 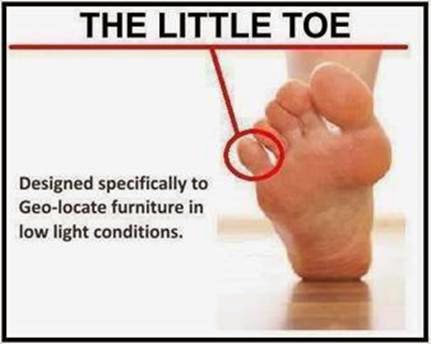 Then a couple of truisms... 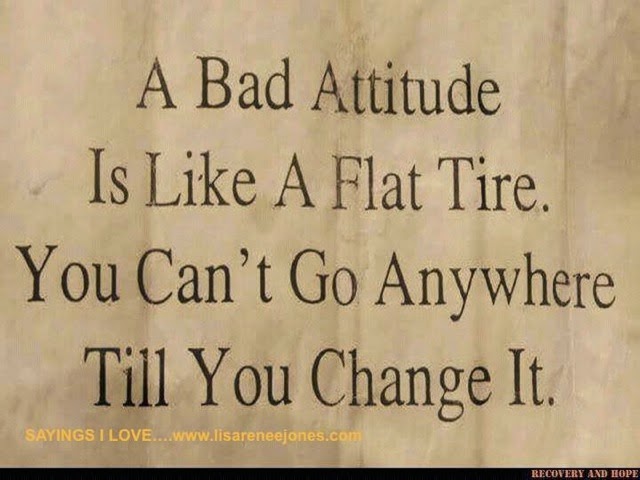 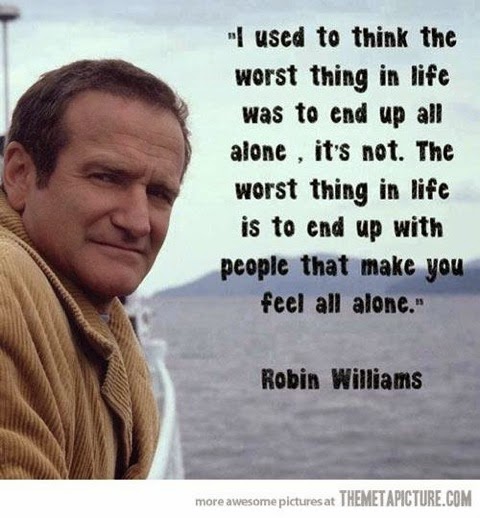 Posted by RayCee at 9:58 AM No comments:

A man received the following text from his neighbour:

"I am so sorry Bob. I've been riddled with guilt and I have to confess. I have been helping myself to your wife, day and night whenever you're not around. I do not get it at home, but that's no excuse. I can no longer live with the guilt and I hope you will accept my sincerest apology with my promise that it won't ever happen again".


A few moments later, a second text came in:

"Damned auto spell! I meant wifi".
Posted by RayCee at 4:53 PM No comments: