A man was out all night with a mate and drank far too much. Knowing he was over the limit, he took the precaution of taking a taxi home.

Sure enough, he passed a police check point, but since he was in a taxi, they waved it past. How relieved he was that he hadn't taken his own vehicle instead.

He arrived home safely without incident, which was a real surprise because he had never driven a taxi before and he is not sure what to do with it, parked in his garage as it is.
Posted by RayCee at 5:47 PM No comments:

Email ThisBlogThis!Share to TwitterShare to FacebookShare to Pinterest
Labels: Transportation 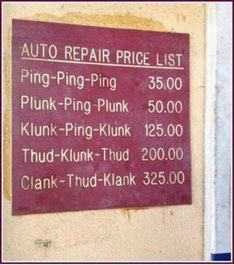 Burglars In The Garden Shed!

A man was going up to bed, when his wife told him that he'd left the light on in the garden shed, which she could see from the bedroom window. He opened the back door to go turn off the light, but saw that there were people in the shed stealing things.

He phoned the police, who asked "Is someone in your house?"

He said "No," but some people are breaking into my garden shed and stealing from me."

Then the police dispatcher said "All patrols are busy. You should lock your doors and an officer will be along when one is available".

He hung up the phone and counted to 30. Then he phoned the police again. "Hello, I just called you a few seconds ago because there were people stealing things from my shed. Well, you don't have to worry about them now because I just shot them."

Within five minutes, police cars showed up and caught the burglars red-handed.

One of the Policemen said "I thought you said that you'd shot them!"

He replied "I thought you said there was nobody available!

Disclaimer. If you do try this, you can be charged with filing a false report. Also, armed police arriving at a supposed shooting scene increases risks to all involved. The police do prioritise calls based on degree of danger and the like. Making a false claim could pull police resources from a more important incident, increasing the risk for people there.
Posted by RayCee at 12:00 PM No comments:

Got The Plumber In - Did A Great Job Too! 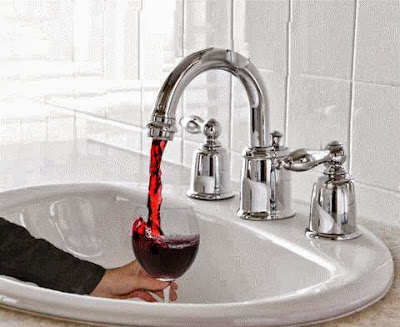 The other tap does white wine. If you want his name, just drop us a line.
Posted by RayCee at 8:32 PM No comments:

A man walked into the local welfare office to pick up his cheque. He marched straight up to the counter and said, "Hi. You know, I just hate drawing welfare. I'd really rather have a job." 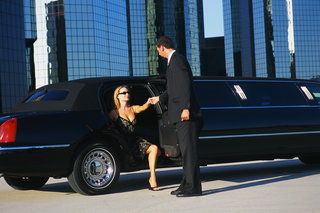 The social worker behind the counter said, "Your timing is excellent. We just got a job opening from a very wealthy old man who wants a Chauffeur and bodyguard for his beautiful daughter".

"You'll have to drive around in his luxury car, and he will supply all of your clothes. Because of the long hours, meals will be provided. You'll also be expected to escort the daughter on her overseas holiday trips. The daughter is in her mid-20's and has a rather strong sex drive."

"The man, just plain wide-eyed, said, "You're having me on!"


"The social worker said, "Yeah, but you started it".
Posted by RayCee at 4:52 PM No comments:

Dig A Hole, Fill A Hole

Two men were working for the city public works department. One would dig a hole and the other would follow behind him and fill the hole in. They worked up one side of the street, then down the other, then moved on to the next street, working furiously all day without rest, one man digging a hole, the other filling it in again.

An onlooker was amazed at their hard work, but couldn't understand what they were doing. So he asked the hole digger, "I'm impressed by the effort you two are putting in to your work, but I don't get it - why do you dig a hole, only to have your partner follow behind and fill it up again?"

The hole digger wiped his brow and sighed, "Well, I suppose it probably looks odd because we're normally a three-person team. But today the lad who plants the trees called in sick.'"
Posted by RayCee at 9:54 PM No comments:

The Irishman And The Car Park Space 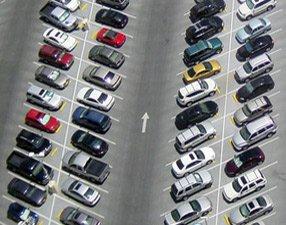 An Irishman was flustered not being able to find a parking space in a large mall's parking lot.

"Lord,"he prayed,"I can't stand this.If you open a space up for me,I swear I'll give up drinking me whisky, and I promise to go to church every Sunday."


Suddenly, the clouds parted and the sun shone on an empty parking spot.

Without hesitation, the man said,"Never mind,I found one."

Picture source please click here.
Posted by RayCee at 7:40 AM No comments:

Email ThisBlogThis!Share to TwitterShare to FacebookShare to Pinterest
Labels: Transportation

Oh! To Be Eight Again 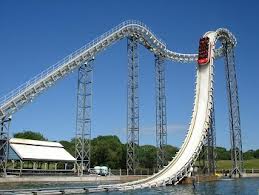 A man was sitting on the edge of the bed, watching his wife, who was looking at herself in the mirror. Since her birthday was not far off he asked what she'd like to have for her birthday.

'I'd like to be eight again', she replied, still looking in the mirror.

On the morning of her Birthday, he arose early, made her a nice big bowl of Coco Pops, and then took her to Adventure World theme park. What a day! He put her on every ride in the park; the Death Slide, the Wall of Fear, the Screaming Roller Coaster, everything there was.

Five hours later they staggered out of the theme park. Her head was reeling and her stomach felt upside down. He then took her to a McDonald's where he ordered her a Happy Meal with extra fries and a chocolate shake. Then it was off to a movie, popcorn, a Fanta, and her favourite candy, M&M's. What a fabulous adventure!

Finally she wobbled home with her husband and collapsed into bed exhausted. He leaned over his wife with a big smile and lovingly asked, 'Well Dear, what was it like being eight again?

Her eyes slowly opened and her expression suddenly changed. 'I meant my dress size, you idiot!'

The moral of the story: Even when a man is listening, he is going to get it wrong.

Posted by RayCee at 2:41 PM No comments: