The reality of the animal kingdom is that a creature is either a hare or a hound; that cannot alter that simple fact. The expression "to run with the hares and chase (or hunt) with the hounds" means that someone changes sides when it suits them or the situation makes it seem advantageous. However, in the long run, they will find it simply doesn't work. It shows a lack of loyalty and principles. You will end up being trusted by no one.

Of course, that won't stop some people trying... 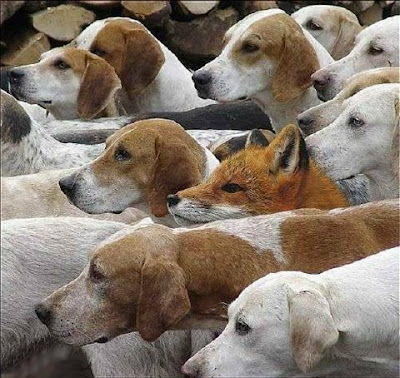 Posted by RayCee at 6:58 AM No comments:

Email ThisBlogThis!Share to TwitterShare to FacebookShare to Pinterest
Labels: Morals

In NZ, we have a beer brand Tui. It's billboard advertisements feature a statement, followed by "Yeah, right". The last comment sarcastically means no one believes that. See below for a selection: 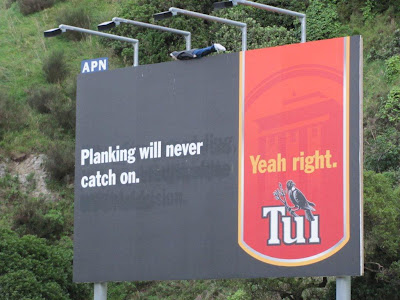 Well it has caught on, and some idiot is planking on top of the sign. 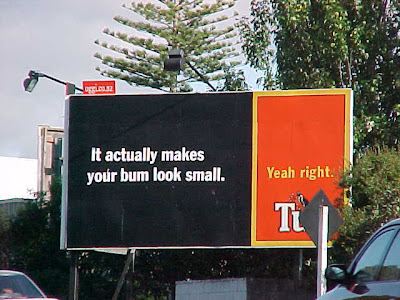 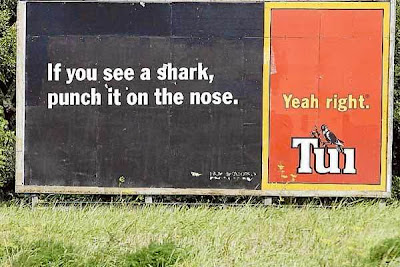 It does work....technically but who would have the composure to try it? 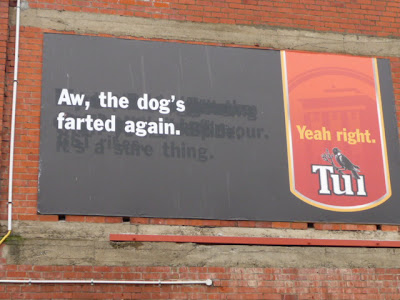 That's right, blame the dog for your indiscretion. 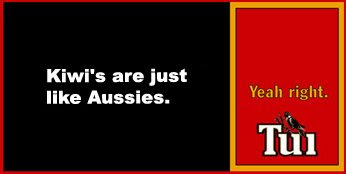 Posted by RayCee at 4:56 PM No comments:

They say power corrupts. It does so whether it is in politics, business, religion and in any other setting where people are given authority over others. It is manifest in many ways but is fundamentally shown by attitude. The few having power looking down on the many without it. They feel superior and aloof. It has gone on for thousands of years.

The religious leaders in Israel around the first century felt superior to the common people who worked the land. A prominent religious sect of Judaism was the Pharisees, who had power and influence within the nation. Jesus once visited the house of a Pharisee for dinner. He upset them by allowing a woman of ill repute to touch him. They said to each other “If this man were a prophet, he would know who is touching him and what kind of woman she is — that she is a sinner.” NIV.

You can feel the contempt they had for her. Their power had led them to look down on those struggling with life and they would not even try to help them. Jesus showed that she needed help, not scorn nor rejection. Jesus saw the good and the desire for repentance by what she was doing for him. The Pharisees would never try to help her, no matter what she did to change. 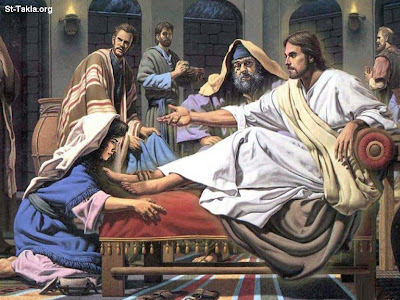 So if we have authority over others, how do we view them? Do we show respect for such ones or do we find ourselves feeling superior? In other words, are we like Jesus or are we a Pharisee? What would those under us say?
Posted by RayCee at 3:38 PM No comments:

Email ThisBlogThis!Share to TwitterShare to FacebookShare to Pinterest
Labels: Spiritual

When couples are getting together and announce their engagement or wedding, the two surnames they have, when put together can sound unusual. A warning that some sound rude. The first one was by our engagement notice: 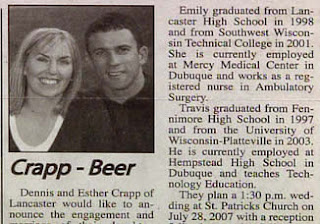 If you don't believe it, google any of them (except the top one) and you will find pics with them too, such as the one shown!
Posted by RayCee at 8:08 AM No comments: 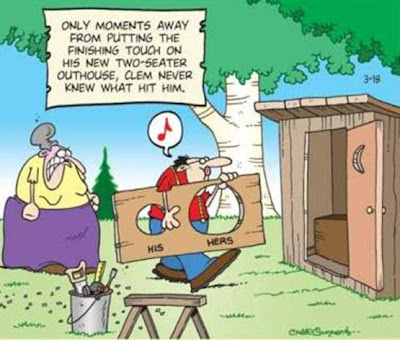 Posted by RayCee at 8:36 PM No comments:

My father would often use the word ‘nesh’. No one else I know has ever used it nor when asked, knows of it. It got me to wondering when I recently said to someone that they were nesh and they asked me what that meant.

Wikipedia has the word and the meaning that I recall from childhood. It says “Nesh is an English dialect adjective meaning unusually susceptible to cold weather and there is no synonym for this use. Usage has been recorded in Cheshire, Staffordshire, the East Midlands, Lancashire, South Yorkshire, Derbyshire and Shropshire.”

My father’s maternal grandmother was from Lancashire and I am thinking it may have come into usage in the family from her. He always used it if I said I was cold, and he didn’t think it was so. He would then say that I was nesh. When I realised no one else in New Zealand knew of the expression, I ceased using it except with my wife, who is very nesh I might add. She now uses it when talking of others who complain of the cold weather.

So the word is approximately of north west England origin. The Wiki article talks of possible origins, but I am happy that it is very much a real word. I feel it merits wider usage. So if anyone you know complains of the cold and you think they are making too much of it, just call them nesh.
Posted by RayCee at 7:49 PM No comments: 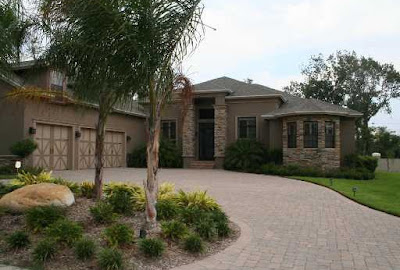 WHERE WOULD YOU BE:

IF - YOU HAD ALL THE MONEY YOUR HEART DESIRES?

IF - YOU HAD NO WORRIES?

IF - YOU CAME HOME AND THE FINEST MEAL WAS AWAITING YOU

IF - YOUR BATH WATER HAD BEEN RUN?

IF - YOU HAD THE PERFECT KIDS OR PETS?

IF - YOUR PARTNER WAS AWAITING YOU,

WITH OPEN ARMS AND KISSES?

SO, WHERE WOULD YOU BE?

You'd be at the wrong house!

Email ThisBlogThis!Share to TwitterShare to FacebookShare to Pinterest
Labels: Family

When you follow your rainbow, you just never know what you may find. What is at the end of it? ...well it could be 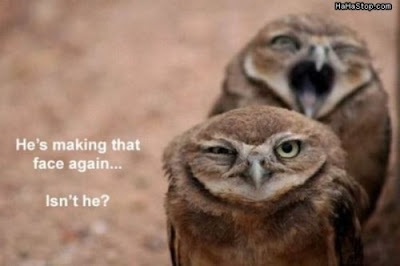 Posted by RayCee at 6:16 AM No comments: